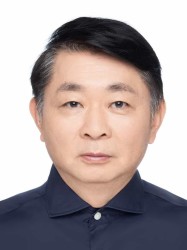 Geoffrey Ye Li has been a Chair Professor at Imperial College London since 2020. Before moving to Imperial, he was with Georgia Institute of Technology as a Professor for 20 years and with AT&T Labs - Research in New Jersey, USA, as a Principal Technical Staff Member for five years. His general research interests include statistical signal processing and machine learning for wireless communications. In these areas, he has published over 600 referred journal and conference papers in addition to over 40 granted patents. His publications have been cited 50,000 times with H-index of over 100 and he has been listed as the World’s Most Influential Scientific Mind, also known as a Highly-Cited Researcher, by Thomson Reuters almost every year since 2001. He has been an IEEE Fellow since 2006 and an IET Fellow since 2021. He received several prestigious awards from 2010 IEEE ComSoc, IEEE VTS, and IEEE SPS, including 2019 IEEE ComSoc Edwin Howard Armstrong Achievement Award.

From End-to-End to Semantic Communications based on Deep Learning

Zhaoyang Zhang received his Ph.D. degree from Zhejiang University, Hangzhou, China, in 1998, where he is currently a Qiushi Distinguished Professor. His research interests are mainly focused on the fundamental aspects of wireless communications and networking, such as information theory and coding theory, AI-empowered communications and networking, and synergetic sensing, computing and communication, etc. He has co-authored more than 300 peer-reviewed international journal and conference papers, including 8 conference best papers awarded by IEEE ICC 2019 and IEEE GlobeCom 2020, etc. He was awarded the National Natural Science Fund for Distinguished Young Scholar by NSFC in 2017. Dr. Zhang is serving or has served as Editor for IEEE Transactions on Wireless Communications, IEEE Transactions on Communications, etc., and as General Chair, TPC Co-Chair or Symposium Co-Chair for PIMRC 2021 Workshop on Native AI Empowered Wireless Networks, VTC-Spring 2017 Workshop on HMWC, WCSP 2013 / 2018, Globecom 2014 Wireless Communications Symposium, etc. He was also a keynote speaker for APCC 2018 and VTC-Fall 2017 Workshop NOMA, etc.

How to efficiently and accurately predict the channel impulse response (CIR) is crucial to wireless communications. In this talk, we first briefly discuss the prevailing learning-based approaches and the key problems involved. Then we introduce our work on the CIR representation and prediction with only the user's position information and a set of channel instances obtained within a certain wireless communication environment. Specifically, we resort to a novel physics-inspired generative approach to design the learning network, which makes use of the physical model of EM-wave reflections along each path and the excellent properties of the Gaussian Radial Basis Function network (GRBF) and sinusoidal representation network (SIREN) in predicting the path amplitude and phase respectively. We also discuss how to extend to the resultant learning architecture to the MIMO case and how to apply it to mobile channel prediction. 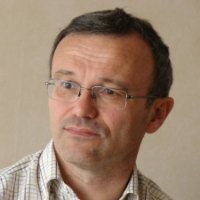 Jean-Claude Belfiore graduated from Ecole Supérieure d'Electricité (Supelec), got his PhD from Telecom Paris and the Habilitation from Université Pierre et Marie Curie (UPMC). Until 2015, he has been with Telecom Paris as a full Professor in the Communications & Electronics department. In 2015, he joined the Mathematical and Algorithmic Sciences Lab of Huawei as the head of the Communication Science Department and now the Director of Wireless Technology Lab, Paris. Jean-Claude Belfiore has made pioneering contributions in modulation and coding for wireless systems (especially space-time coding) by using tools of number theory. He is also one of the co-inventors of the celebrated Golden Code of the Wi-Max standard. Jean-Claude Belfiore is author or co-author of more than 200 technical papers and communications and has served as an advisor for more than 30 Ph.D. students. He was Associate Editor of the IEEE Transactions on Information Theory for Coding Theory and has been the recipient of the 2007 Blondel Medal. In Huawei, he has been involved in 5G standardization process, essentially in Channel Coding (Polar Codes for 5G). He is now working in wireless 6G, on artificial reasoning and future wireless networks for intelligent machines.

Towards an AI related mathematical theory of Communication

This talk is an attempt to answer the question “How can intelligent machines efficiently communicate?” which is one of the main goals of the so-called “Semantic Communication”. I will present a joint work with Daniel Bennequin which shows our progresses towards a mathematical theory of semantic communication, inspired by the foundational works of Claude Shannon and Alexander Grothendieck. To communicate efficiently we need a language. This language is intimately related to the goal or task that the semantic source has to follow. The second part of the presentation will be devoted to the Carnap and Bar-Hillel language. It will be shown on this example why a notion of semantic information measure cannot be a scalar quantity but a space. We will give some intuition on the construction of such spaces. Finally we will propose both semantic source coding and semantic channel coding theorems.